It may have been April 1st but this was certainly no April Fool’s Day stunt!

Yellow car owners rallied in support of a vehicle blamed for ruining tourists’ photographs in a picturesque Cotswold village.

Around 100 bright yellow cars, in an act of solidarity drove in convoy through the quiet picturesque Cotswold village of Bibury, in support of pensioner Peter Maddox, 84. Tourists complained that his bright yellow Vauxhall Corsa, “ruined” the view and photographs.

Vandals scratched the word ‘move’ into the car’s bonnet, damaged panels and smashed its windows – causing approximately £6,000 of damage. This spurred on the “celebration of anything yellow” in a bid to raise money to help pay for the damages to his vehicle.

Organiser Matty Bee, from Coventry, said: “The response has been amazing and overwhelming; people from all over the country and all over the world have applied to join the group. “We’ve had everything here from a three-wheeler and a Mini to a Lamborghini super car…I’ve never seen so many yellow coloured cars in one place.”

Dragonfly approached the organisation and offered to produce the artwork for free and rally plates at cost as their donation to the cause and to help raise money.

Mr Maddox, watched the convoy as it drove past his cottage, and was said to be “overwhelmed” by the show of support for his yellow car. 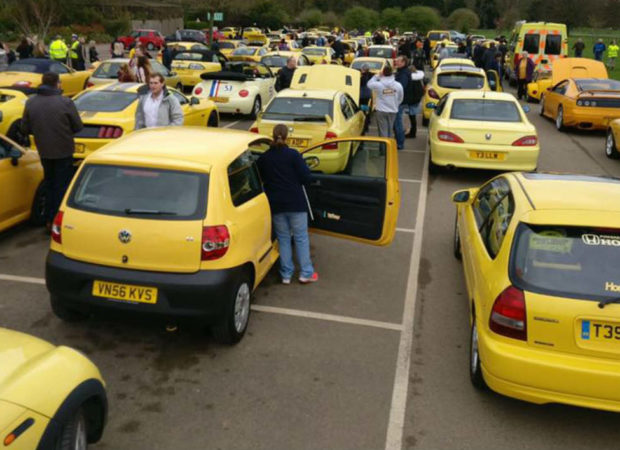 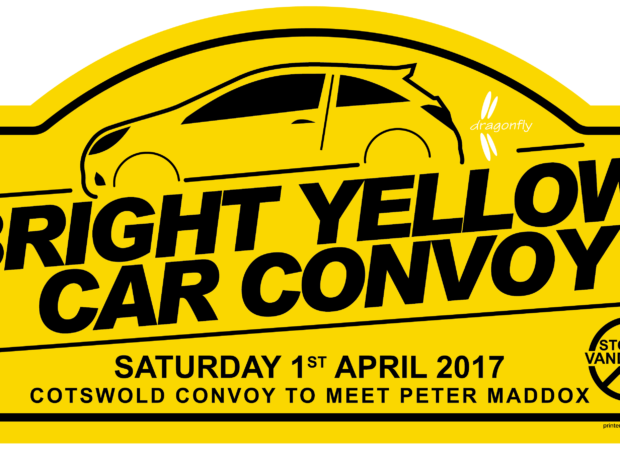 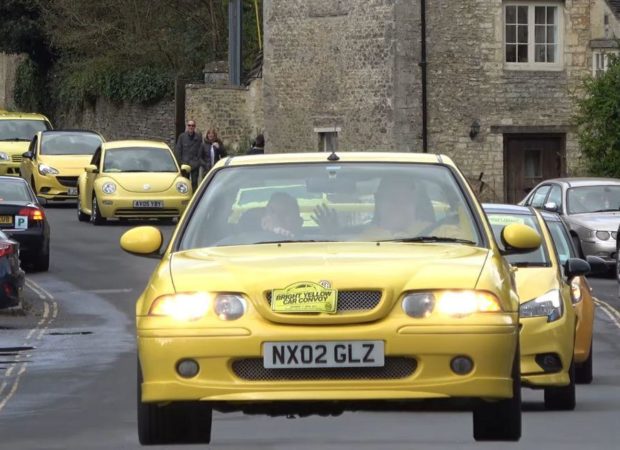 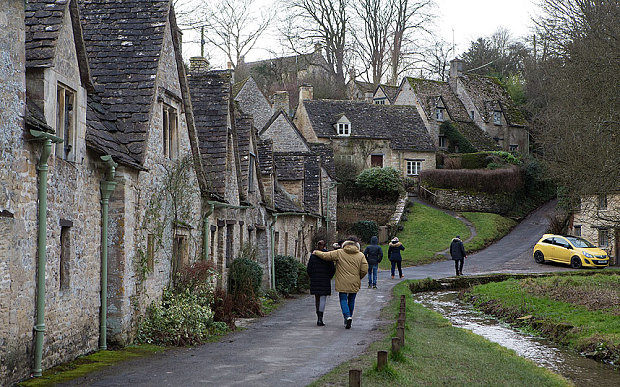