April 2018 marked the 50th anniversary of Jim Clark’s death, in his memory the first Jim Clark Road Run was launched by The Linlithgow Classic Car Group.

The Road Run took place August 2019, starting at 10.30am just outside Linlithgow, and was limited to just 100 cars. Special plaques sponsored by Dragonfly were handed out to the entrants by Doug Niven – Jim Clarks cousin who attended in the late Formula 1 legend’s famous yellow Lotus Elan.

The Jim Clark Trust also be attended the event, and raised money for the 2nd phase of the Jim Clark Museum.

“Can’t thank your company enough for the wonderful Sponsorship of our successful event.
I do hope they will sponsor next years event! A Huge thank you to you, for all your hard work and amazing help!!!”

Dragonfly’s very own Clare attended the event to be awarded a very special print as a thank you for sponsoring the event. 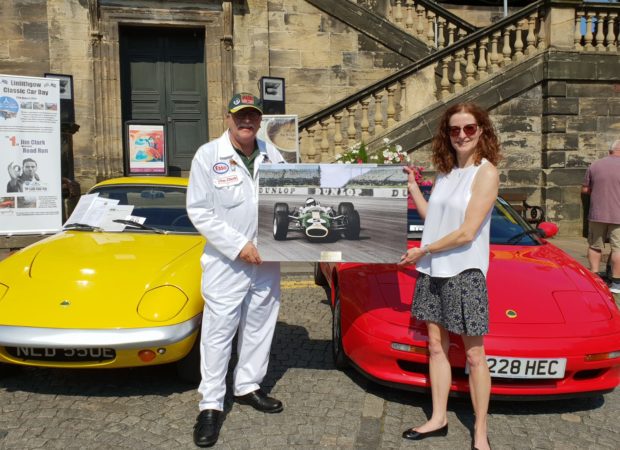 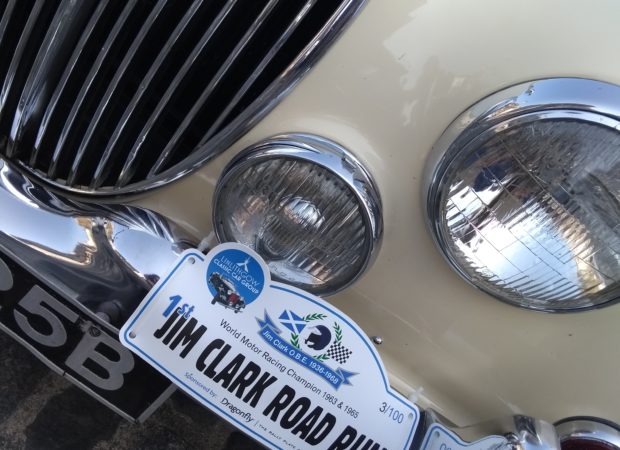 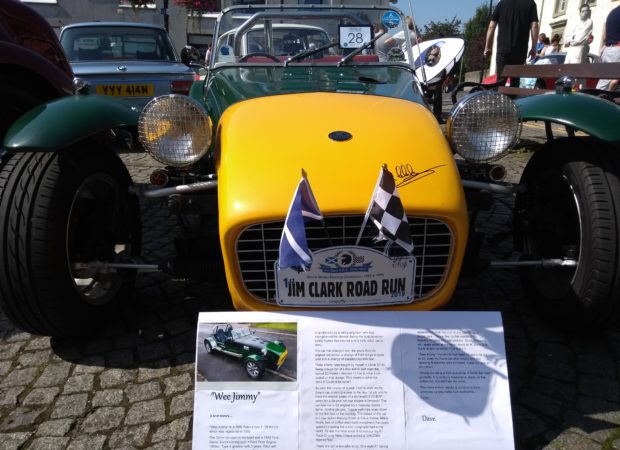 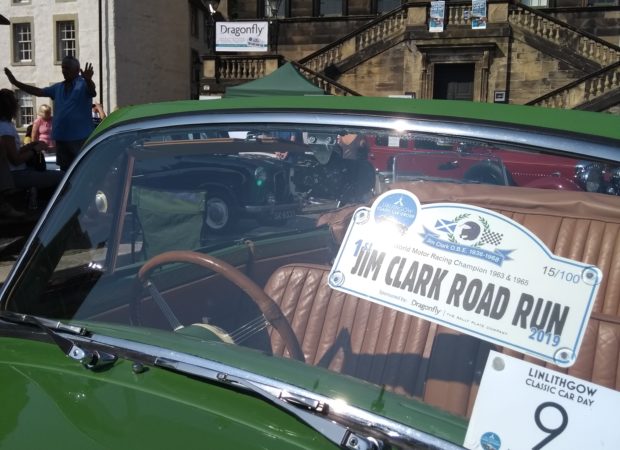